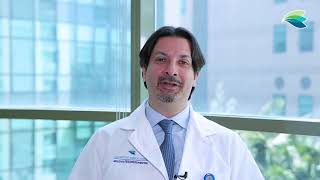 -Raval M, Zouain N: “The effectiveness of high dose rate brachytherapy using a special applicator set with external beam radiation treatment and chemotherapy followed by surgery as a treatment of adenocarcinoma of the esophagus: A case series of single institution with literature review”. Journal of Cancer Research and Experimental Oncology Vol. 3(1), pp. 1-7, January 2011.

-Sturgeon J, Zouain N: “A Survey of Androgen Deprivation Patterns of Practice in Prostate Cancer by Radiation Oncologists in the United States”. Presented as an Abstract and Poster at the ASTRO Annual meeting in 2011 in Miami, Florida.

-“Case report of vaginal primary cancer treated with radiation treatment IMRT and HDR Brachytherapy and concomitant chemotherapy”: a presentation at the annual meeting of University of North Dakota, School of Medicine. This manuscript received the Frank Low research award in 2008.

-“The role of autopsy as quality improvement and teaching tool”: American College of Physician national meeting of 1999.

-Frank Low research award from the University of North Dakota, School of Medicine: 2008.

-Recipient of a Research Award for the research project of the “Minimally Invasive Autopsy” from the Staten Island University Hospital, New York: 2002.

-Recipient of a Certificate of Achievement from the American Medical Association: 2001.

-Research award at the American College of Physician national meeting for “The role of the autopsy as quality improvement and teaching tool”:2000.

-2008-2010: Retrospective study on the treatment of locally advanced esophageal cancer with a combination of high dose brachytherapy followed by chemo-radiation using IMRT. (published).

-2007-2010: Study on the contamination of Samarium 153 with Europium 154 in patients treated for bone metastases: Retrospective study done with the medical residents and physics department of Sanford Health System, Fargo, North Dakota. (published in 2 manuscripts).

-2003: Writing of a grant proposal for a phase I/II clinical trial for the treatment of Glioblastoma with Radiation and Gemcitabine.

-2002: Writing of a grant proposal for a phase I/II clinical trial for the treatment of low grade glioma with Radiation and erythropoietin.

-2002-2005: Participation in a study of a dose escalation for the prostate cancer: University of Montreal, Quebec.

-1998-2002: The “Minimally Invasive Autopsy” project: Laparoscopic and needle biopsy autopsy under ultrasound: Staten Island University Hospital, Staten Island, New York. This was a major research project done during my residency in Internal Medicine. This research project was done under the supervision of Pr. McGinn. The goal of the project was to develop alternatives to the traditional open autopsy and to use the autopsies as a teaching tool for the medical residents.

-2001: Participation in a study on the influence of music on the hormones: Wagner College, New York.

-2000: Research on the prevalence of fungal infections in the intensive care unit: Pfizer® research grant, New York. Study done under the supervision of Pr. Glazer. 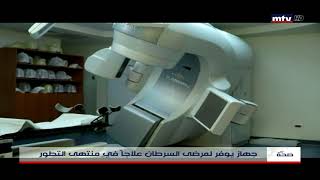